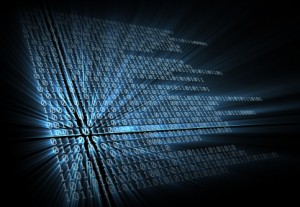 One of the best things about the Internet is that even it can’t predict how it will be used. The entire beast is the result of constant exchange of information between the user, search engines and website designers (aka programmers), and the results aren’t always expected. In fact, “results” on the Internet have an annoyingly ephemeral manner about them – meaning they aren’t around for very long. Like Chinooks in Calgary, you appreciate them when they’re here, but you know it’s only a temporary glitch.

Sir Timothy John Berners-Lee, who is credited with inventing the first successful

Hypertext Transfer Protocol (HTTP), hence providing for the early stages of the World Wide Web in the early 1990s, once said, “You affect the world by what you browse.” The Internet “trends” towards whatever happens to be at the forefront of most people’s mind at any given time, and although that allows for a mass amount of information to be gathered, it doesn’t permit for it to remain valid an extended amount of time.

The Basis of the Internet

Berners-Lee set a couple major precedents for the World Wide Web as we know it today. He insisted on the “url”, which is essential for web designers and users. And he believed that everyone had the right to be able to access the same information as everyone else. As a physicist, his goal was initially to more easily share research in his field, believing that could exponentially increase important developments. Berners-Lee did not copyright any of his HTML advances, and, once released, encouraged others to work with his ideas and make them better if they could. Which they did. And as the Internet grew, so did support for this sentiment.

Not coincidentally, given its exploratory personality, the Internet itself was the eventual outcome of a 1960s experiment by the U.S. Department of Defense’s Advanced Research Project Agency to link military researchers via a network.

When HTML was being born it was the very beginning of the actual “Internet” where it lives. At the time, most people in Calgary were not even aware of its existence, much less dreaming of becoming web designers in their adulthood. No one – including businesses – had any real indication of how much the Internet would eventually impact just about everything.

Despite their appearance, computers aren’t really all that smart. They have to be told to do EVERYTHING, and if you make a mistake in asking, well, then, things simply won’t work.

Although HTML simplified communication between computers, it’s still pretty fussy. The language essentially uses “tags” or “elements” to tell other computers what to do.

Almost everyone recognizes the basics. Tags are always marked by “<>”, and every individual tag must be “closed” (</>) in order to be “turned off”.

HTML has gone through five major overhauls over its 20+-year existence. It now exists as both HTML 4.01 and HTML 5. HTML 4.01 is still widely used, but it is essentially the last version of “old-fashioned” longhand coding. Although vastly improved since its first version, using HTML 4.01 still results in several pages of code for every one page of a web site. The World Wide Web Consortium (W3C), who released the first working draft of HTML 5 in January 2008, standardizes the language. The last HTML 5 update was published in March 2012.

As the Web grows, so must its vehicle of communication. HTML 4.01 has about 90 commonly used elements. HTML 5 gets rid of some, adds others, changes some more and simplifies a few. The language now has about 100 tags, but since about 30 were removed, HTML 5 has nearly 50 new elements to learn. Several HTML 5 elements combine what would have taken several tags to accomplish previously.

HTML 5 involves what is called semantic web design. It’s based on the idea that since the Internet doesn’t operate in a linear manner, neither should its language. Semantic web design works to allow meaning to be applied to structure elements in order to facilitate the collation of information from web sites. Plain old HTML worked well to get elements up on the Internet. HTML 5 enables them to work together and alongside. Now, a <header> means basically the same thing for each website, and certain aspects of content can be expected to be included in that element. HTML 5 lets search engines get a better sense of the size and scope of the information on your site, and also even begin to understand the level of value provided.

Our creative lead and head designer, Mike conceptualizes your ideas and inspiration into beautiful, streamlined, functional websites. The artist of the group and authority on all things visual, Mike makes your graphics, logos and designs come alive on your site’s pages to infuse additional value into your products and business.

Questions to Ask Yourself Before Embarking on Your Logo Design
November 1, 2019

What are the Different Types of Ecommerce Shoppers?
April 18, 2019