Why is Social Media So Important To My Calgary Business? 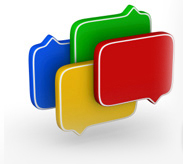 For the business-minded, social media can seem like a giant waste of time. It’s hard to understand how websites that were developed specifically for “keeping in touch” can participate in the marketing world in a meaningful way. Facebook and Twitter are actually banned in many workplaces, so why would they be important for business?

At Emphasize Design, Facebook and Twitter are mandatory. Social media is an essential piece of the inbound marketing puzzle due to its ability to reach more people faster than any other medium. By taking the time to include social media marketing strategies in your ever day duties you create opportunity for conversation, and interaction on the Internet is always a good thing. Increase your presence on social media and you will increase your chance for leads.

Social Media and the Calgary Floods

By far the most applicable example recently of the power of social media came as a side effect of the terrible floods in Calgary and Alberta in June 2013. A great infographic detailing the Impact of Social Media on the Calgary Flood does an exceptional job pointing out how effective social media is at spreading information.

The June floods in Alberta began because of record levels of rain in the Rocky Mountains that ran down to fill Calgary’s largest river – the Bow – to more than three times its capacity. The Bow’s tributaries such as the Elbow and the Highwood Rivers also flooded at tremendous levels. The infographic follows the progress of the flood on Facebook and Twitter, and the depth of social media’s penetration into every single aspect of the events is remarkable.

Some facts and figures from social media and the Calgary floods as presented by Inbound Interactive:

As Calgary’s regular media outlets struggled to keep up – one major radio station’s transmissions were diverted to Edmonton while they dealt with flooding in their building and power outages kept television reporters scrambling  – social media trucked on. It was the quickest, most reliable way to get important details out to the public during a major emergency. When people wanted to know what was happening in their communities, they turned to Facebook and Twitter first.

Tune Up Your Social Media

The most backlash Facebook and Twitter ever receives is from managers tired of watching their employees procrastinate while snickering at their friend’s latest post or checking out what’s trending. Instead of taking away social media privileges, why not put those people to work?  Have them assist you in your social media strategy!